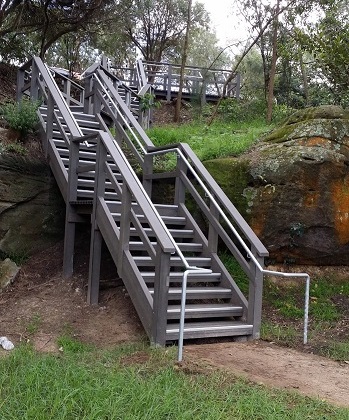 The Coal Loader, itself, is a former industrial site that operated from the early 1920s to the early 1990s. It functioned primarily as a transfer depot for coal from bulk carriers to smaller coal-fired vessels. The site operated for over 70 years before being decommissioned It was dedicated as public open space in 1997 and formally transferred to North Sydney Council in 2003.

Since this time, the site has been transformed into the Coal Loader Centre for Sustainability, an exciting regional community resource in Waverton. 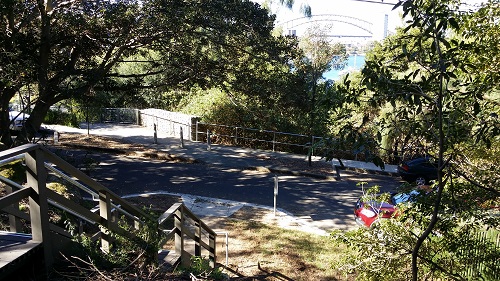 As part of the project, a series of steps and landings were required to link Balls Head Rd and Balls Head Dr through an existing nature reserve leading up to the Coal Loader. 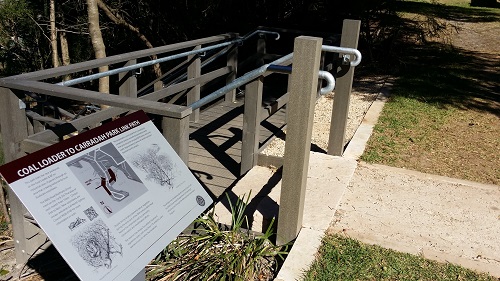 Roocycle ET, produced from recycled wood and plastic was the logical choice of building material. It’s structural qualities and broad range of profiles enabled the entire staircase link to be constructed from Roocycle ET. Around 4,000kgs of Roocycle ET was used to construct this project thus diverting waste that would have otherwise ended up as landfill.

Total length of staircase is 42m x 1.2m wide with handrails both sides. 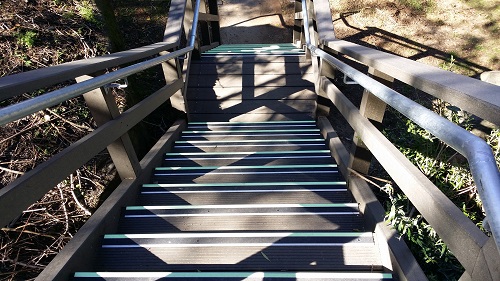 Watch the video below for a quick walk through of the completed project. 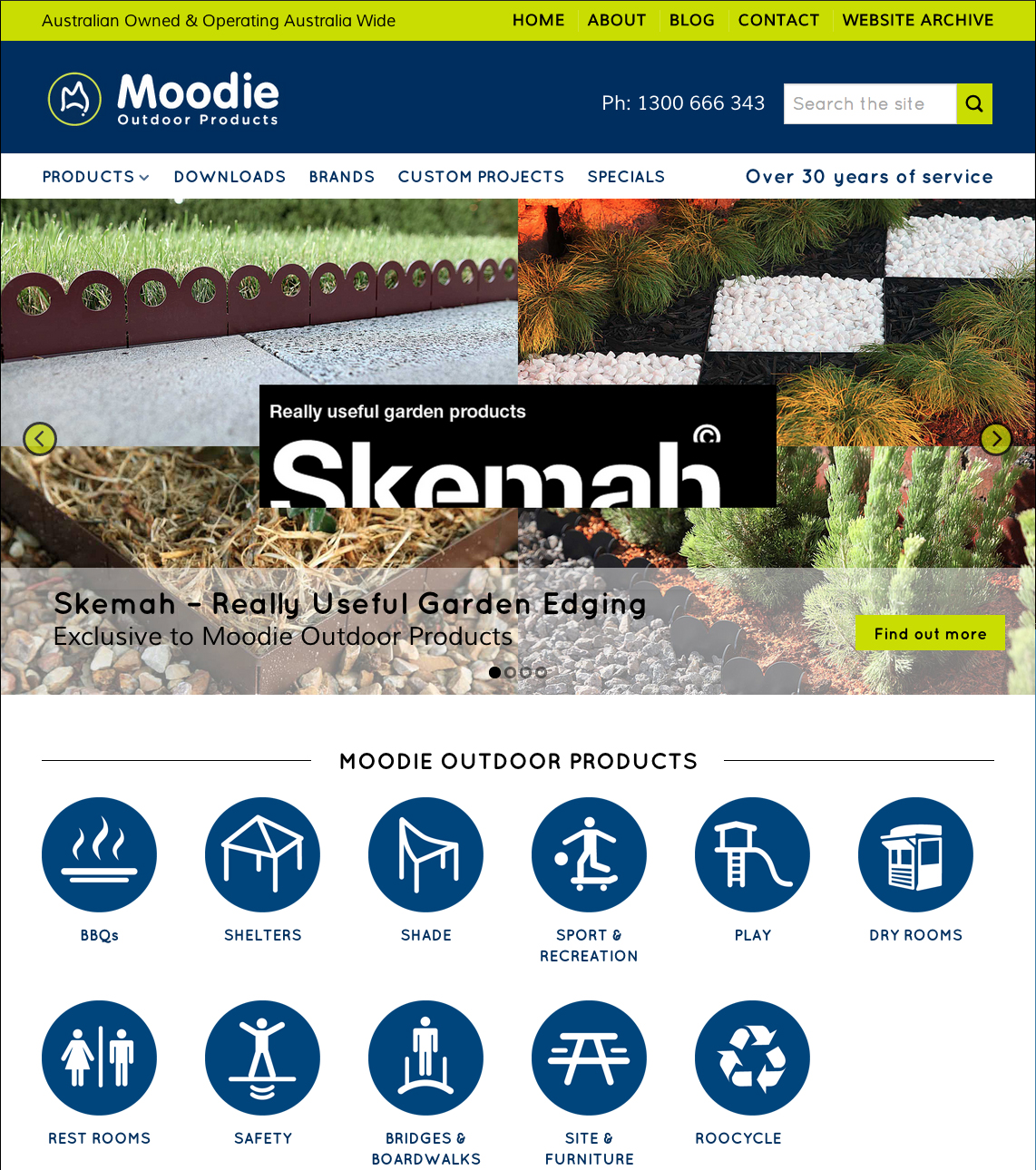 Moodie Outdoor Products is proud to launch their new website.

The easy to use modern layout will make browsing for your desired product easier than ever before. It is even mobile device friendly. However, for those that would like to access the old database style website that contained over 6000 products from 35 years worth of experience it is as easy as clicking on the ‘Website Archive’ link at the top right of the page.